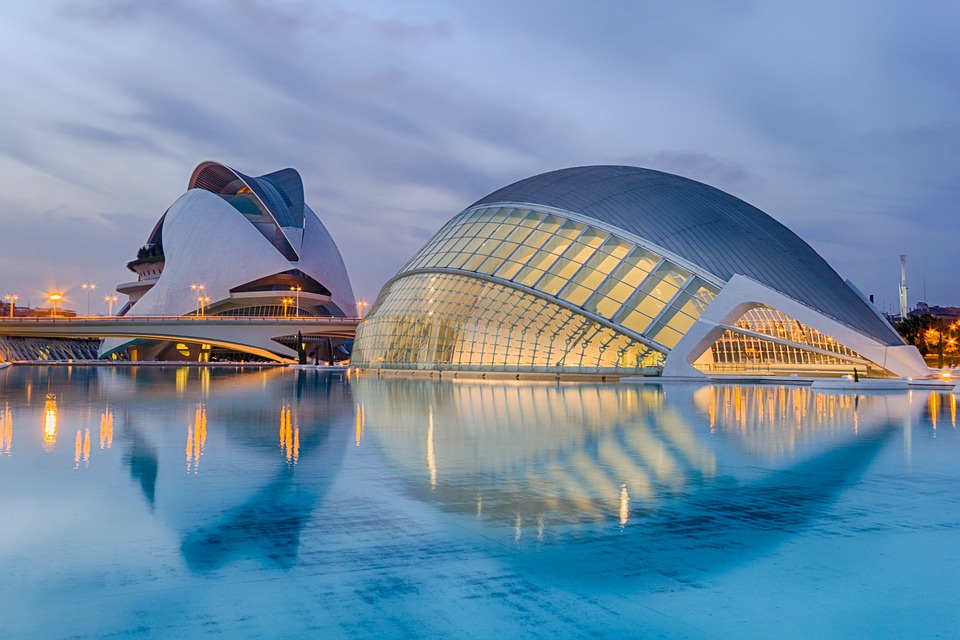 Spain’s third-largest city is a magnificent place, content for Madrid and Barcelona to grab the headlines while it gets on with being a wonderfully liveable city with thriving cultural, eating and nightlife scenes. Never afraid to innovate, Valencia diverted its flood-prone river to the outskirts and converted the former riverbed into a glorious green ribbon of park winding right through the city. On it are the strikingly futuristic buildings of the Ciudad de las Artes y las Ciencias, designed by local boy Santiago Calatrava. Other brilliant contemporary buildings grace the city, which also has a fistful of fabulous Modernista buildings, great museums, a long stretch of beach and a large, characterful old quarter. Valencia, surrounded by its huerta, a fertile zone of market gardens, is famous as the home of rice dishes such as paella, but its buzzy dining scene offers plenty more besides; it’s a superb spot for eating.

Valencia was host to the 2007 & 2010 America’s Cup . This fact, along with the construction of the “City of Arts and Science” by renowned architect and Valencian Santiago Calatrava have made Valencia a city in transition. Massive construction and transformation over the last 10 years have turned a once little-considered medium city into a meatier and more interesting destination.

Despite being on the Mediterranean Sea, even residents say that “Valencia has always lived with its back to the sea”, meaning that the spirit and the core of the city is not necessarily integrated with its beach. The city center and the most visited neighborhoods are not particularly close to the beach.

Valencia was founded by the Romans and was held by the Moors from the 8th to the 13th century (with a short interruption by El Cid). In 1609, the Moors who had converted to Catholicism were expelled from the city. During the Spanish civil war in the 1930s, Valencia was the capital of the Republic, which eventually lost to Franco’s forces. 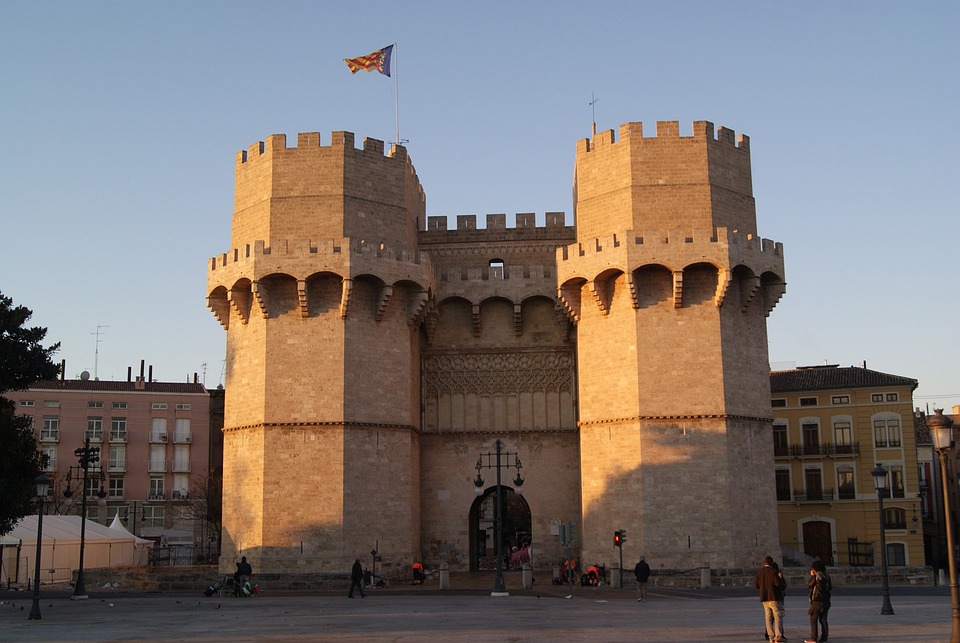 Valencia was founded as a Roman colony by the consul Decimus Junius Brutus Callaicus in 138 BC and called Valentia Edetanorum. In 714, Moroccan and Arab Moors occupied the city, introducing their language, religion and customs; they implemented improved irrigation systems and the cultivation of new crops as well. Valencia was the capital of the Taifa of Valencia. In 1238 the Christian king James I of Aragon conquered the city and divided the land among the nobles who helped him conquer it, as witnessed in the Llibre del Repartiment. He also created the new Kingdom of Valencia, which had its own laws (Furs), with Valencia as its main city and capital. In the 18th century Philip V of Spain abolished the privileges as punishment to the kingdom of Valencia for aligning with the Habsburg side in the War of the Spanish Succession. Valencia was the capital of Spain when Joseph Bonaparte moved the Court there in the summer of 1812. It also served as the capital between 1936 and 1937, during the Second Spanish Republic.

The city is situated on the banks of the Turia, on the east coast of the Iberian Peninsula, fronting the Gulf of Valencia on the Mediterranean Sea. Its historic centre is one of the largest in Spain, with approximately 169 ha (420 acres). Due to its long history, Valencia has numerous celebrations and traditions, such as the Fallas, which were declared Fiestas of National Tourist Interest of Spain in 1965 and an Intangible cultural heritage by UNESCO in November 2016. 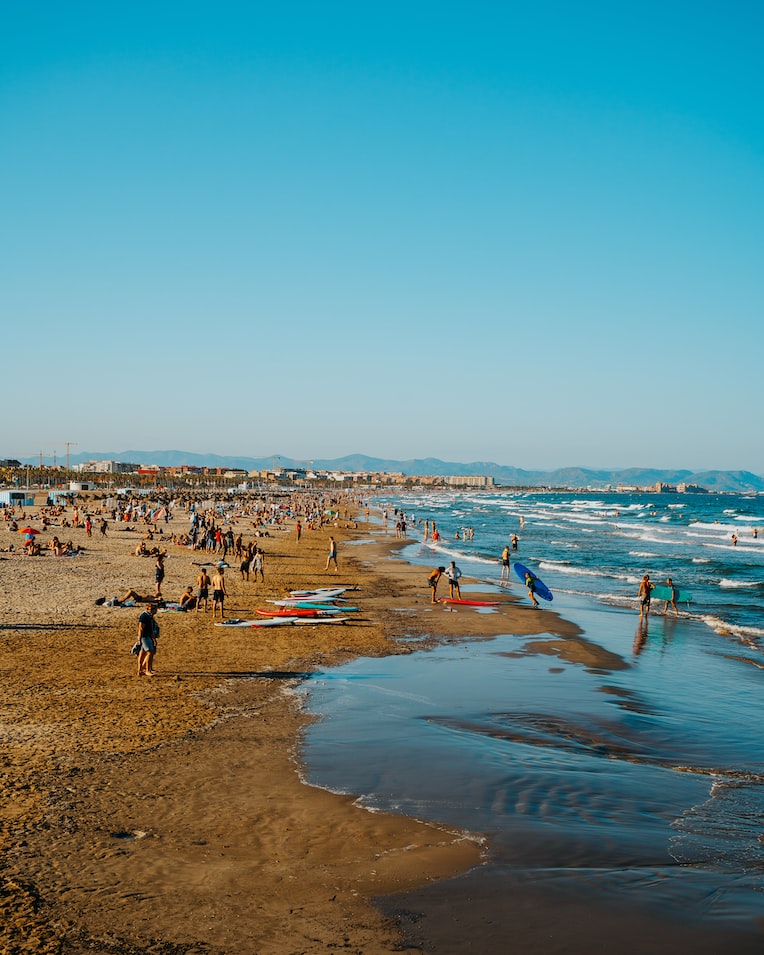 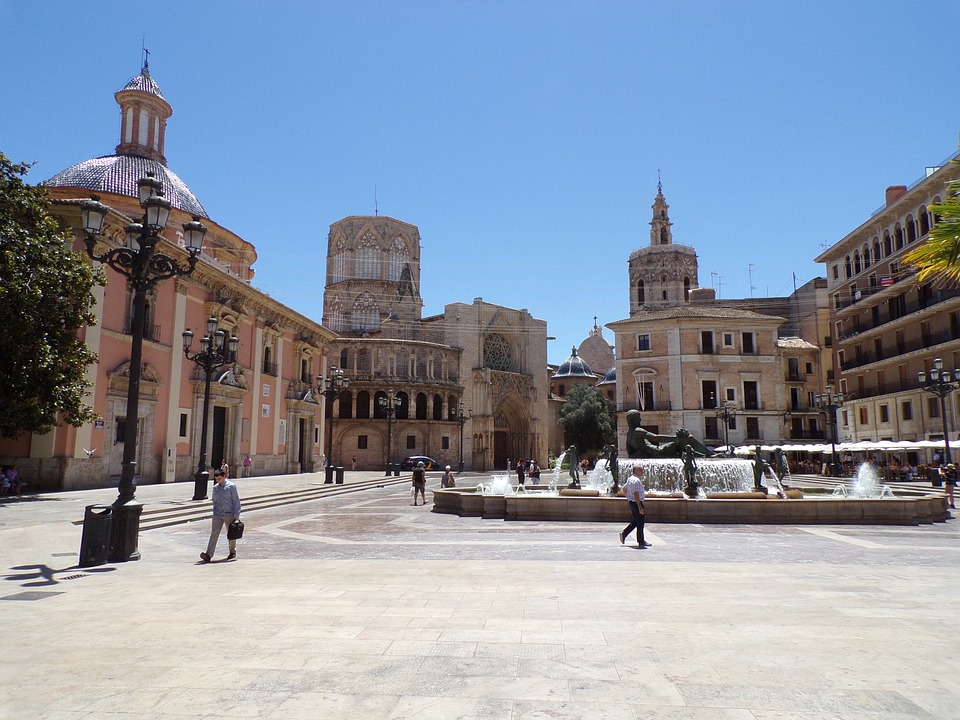 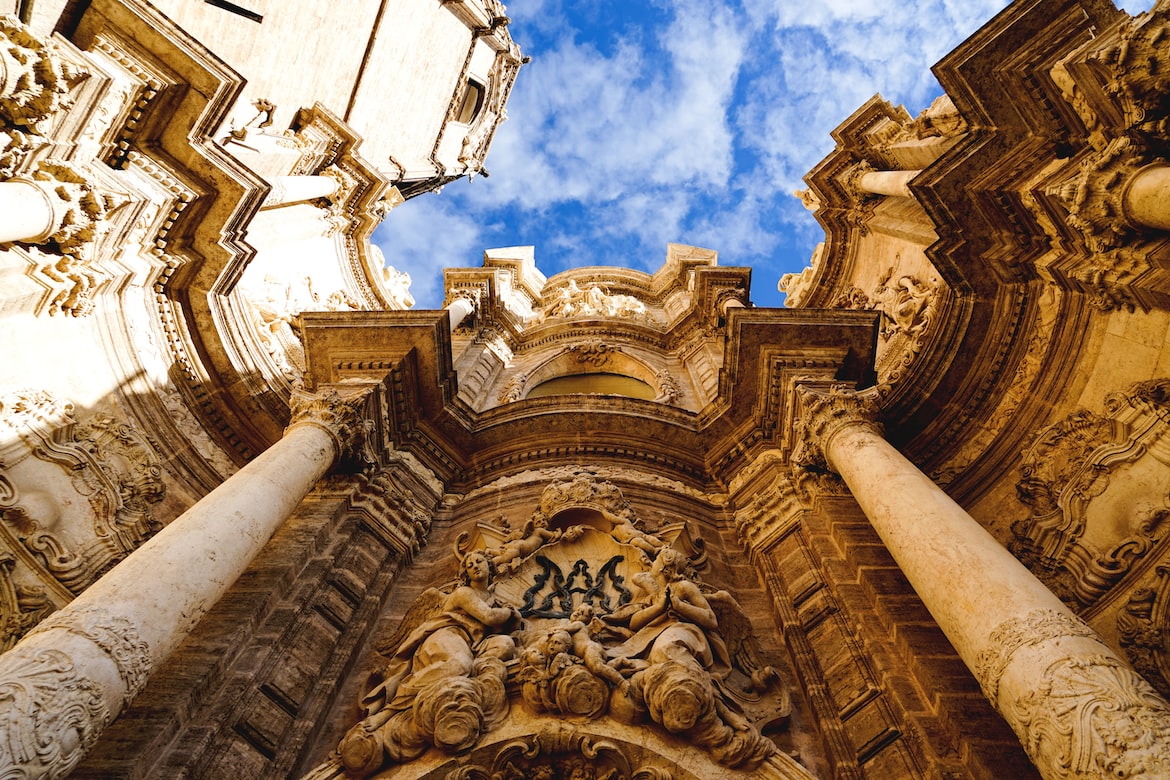 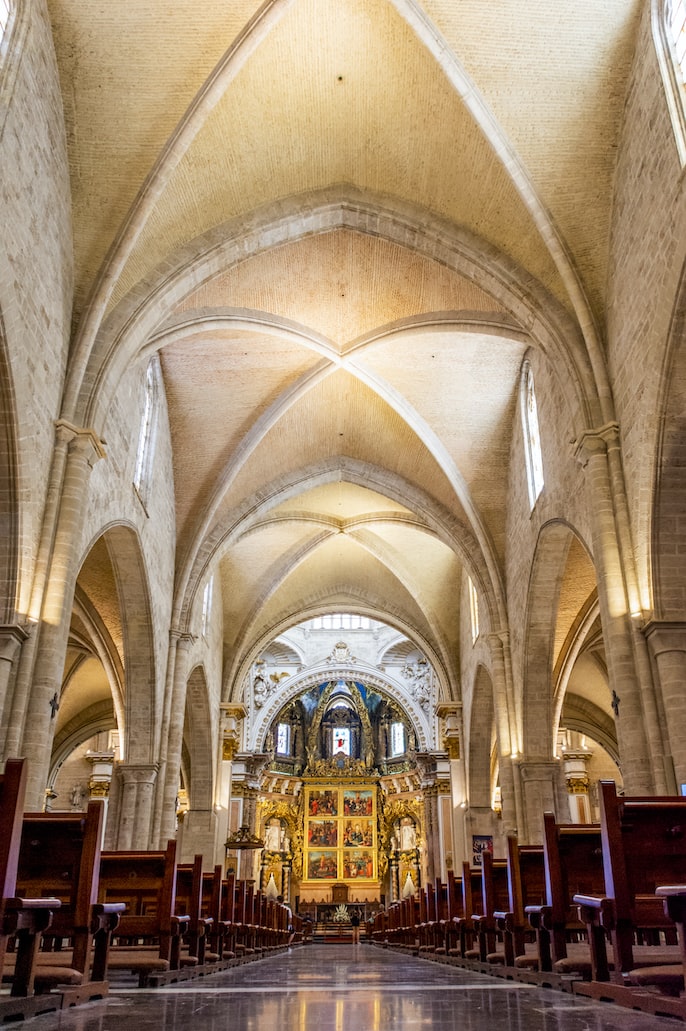 A cultural visit or paella by the sea? 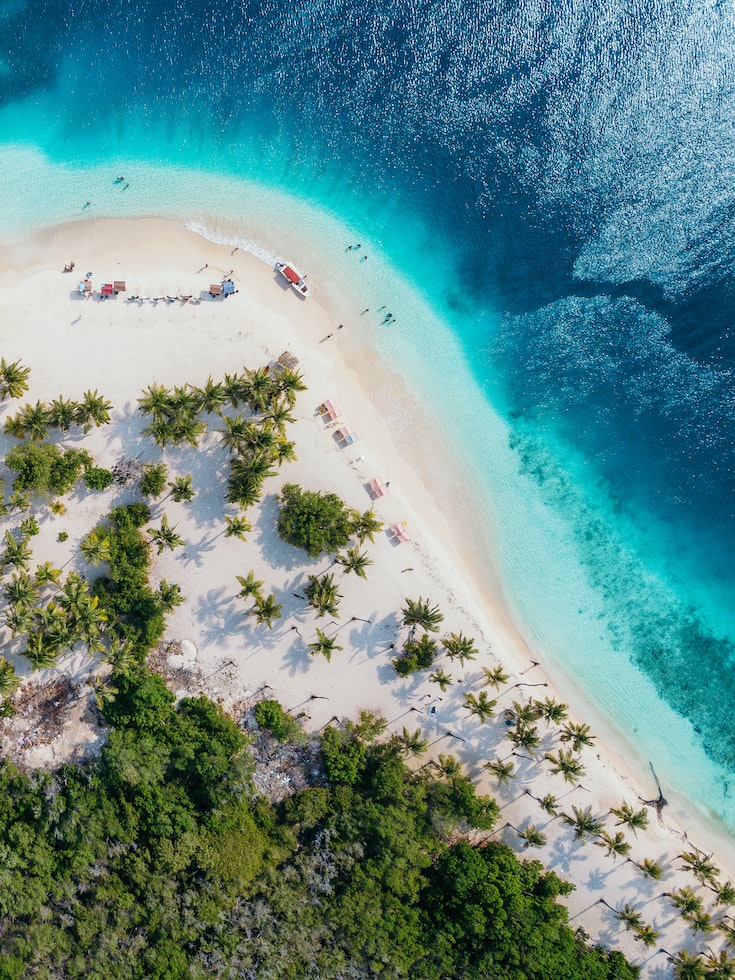 There is no better plan than visiting one of the large beaches and having a paella by the sea. Valencia offers over 300 days of sun a year. The Malvarrosa beach is one of the most well-known options. Once there, the fine golden sand and blue water remind you of the famous paintings in which Sorolla would depict the city. How could you resist a dip in the sea?Those looking for ‘wilder’ landscapes can visit El Saler, or El Palmar and try its famous paella. You can end the day taking in the sunset at the Albufera, a navigable lake next to the sea known as the ‘mirror of the sun’, where you can see the best sunsets on the Mediterranean.The beach is not the city’s only outdoor plan, you can also take a walk along the huge Turia city garden or a family visit to the Bioparc zoo.When the evening comes, there is nothing better than sitting at a terrace or an innovative restaurant, perhaps with a Michelin Star, and enjoying the buzzing nightlife atmosphere of El Carmen, or new fashionable areas for foodies such as Ruzafa.

Valencia is perfect to discover on foot One of the most fascinating attractions is the Plaza de la Reina, with the Cathedral and the Miguelete tower, where you should climb the 207 steps for some beautiful views. In the city centre you can also find the Silk Exchange -one of Valencia’s most beautiful buildings, a World Heritage Site, with its idyllic Patio de los Naranjos courtyard full of orange trees- and the Modernist Central Market – Europe’s largest fresh produce market, so taking in its stalls is a true experience. A few metres away is the National Ceramic Museum with its impressive façade or the Quart and Serrano Towers. And also museums such as the IVAM or many surprising spots full of street art.A little further from the centre you can see the more modern side of Valencia: the City of Arts and Sciences. Designed by Santiago Calatrava and Félix Candela, it has fought to become a landmark with buildings such as the Oceanogràfic, Europe’s largest aquarium. Its original shapes make the ideal backdrop for taking a photo. 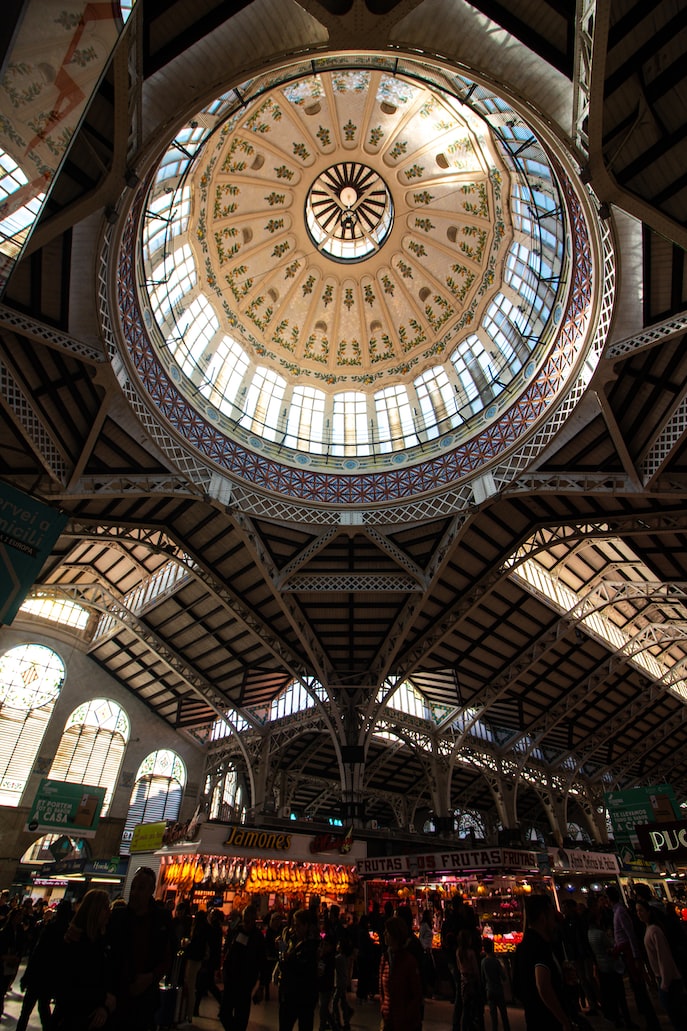 Book a course in Valencia now!