Ohrid is a city in the southwestern part of Macedonia, on the northeast coast of Ohrid Lake. Ohrid and Lake Ohrid are one of the main tourist destinations in Macedonia. This city is located in the southwestern part of Macedonia, on the north-eastern coast of the Ohrid Lake. In terms of traffic it is linked to roads leading to Skopje, Bitola, Debar and Republic of Albania. The old road Via Egnatia, linking the Adriatic and the White Sea, also passed in its vicinity, which was an important circumstance for the development of Ohrid in the past. Near the city is the Ohrid Airport , through which air traffic takes place with certain destinations outside the Republic of Macedonia. Traffic on the waters of the Ohrid Lake is of little importance. It is used in the function of fishing and for tourist purposes. The only disadvantage is the absence of rail traffic.

History of the name of the city of Ohrid

Due to the large number of churches and monasteries, the city of Ohrid is known as Balkan and European Jerusalem. It is also known as the “City of Light“, a literal translation of its old name, Lychnidos. The Ohrid region is included in the UNESCO World Heritage. According to one legend, written by the Miladinov Brothers, when the Ohrid fortress was made, Emperor Justinian climbed the hills on which the city lies, and, looking at the beautiful surroundings, exclaimed “oh-hill”, which means – a beautiful hill. Since then, the city is called Ohrid. Modern Ohrid is the heir of the ancient Lychnidos. According to the data, the city was first mentioned 2,400 years before the new era. Lihnidos was on the Via Egnatia road, the oldest and most significant Roman traffic route in the Balkans. 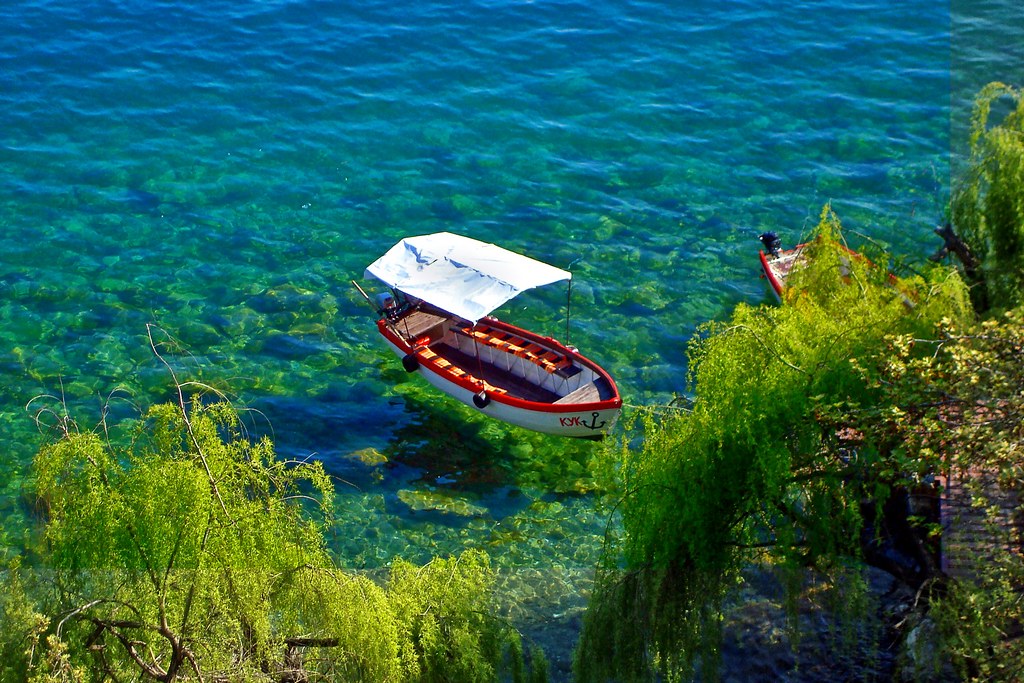 Ohrid is one of the most ancient settlements on the European continent. The shores have been inhabited since prehistoric times. The first signs of humans were found at Dolno Trnovo and the Bay of Bones at Gradiste, both dating back to the Bronze Age, 12 000-7000 BC. The latter was reconstructed in modern times, but some related artefacts can be found on display at the Ohrid Museum.

In the 5th century AD the first basilicas were built in Lychnidos. Rumor has it that there were 12 of them, but only 6 have been discovered by archaeologists, of which the monastery of Saint Kliment at Plaosnik is the largest.

In 886 two missionaries, Kliment and Naum set up the first monastery, in which they taught Slaving, strengthening furthermore the region’s religious diversity. Over 3500 pupils attended the monastery. Kliment became a patron of the city and a saint, for three decades of work and initiating the Clement Slavic University. The Slavic education was spread from the 7th until the 19th century.

Owing to the activities of Clement and Naum, the city of Ohrid, in the second half of the 9th century, became a Slavic cultural centre, and the emperor Samuil converted it into a religious centre and the capital of the kingdom. His fortresses still stand high above the city today. There is a legend supported by observations by the 17th century Ottoman traveler Evliya Çelebi that there were 365 chapels within the town boundaries, one for every day of the year. Today this number is significantly smaller.

Besides being a holy center of the region, it is also the source of knowledge and pan-Slavic literacy. The restored Monastery at Plaošnik was actually one of the oldest Universities in the western world, dating before the 10th century.

Ohrid is also home to Vila Biljana, which serves as an official residence of the President of North Macedonia. 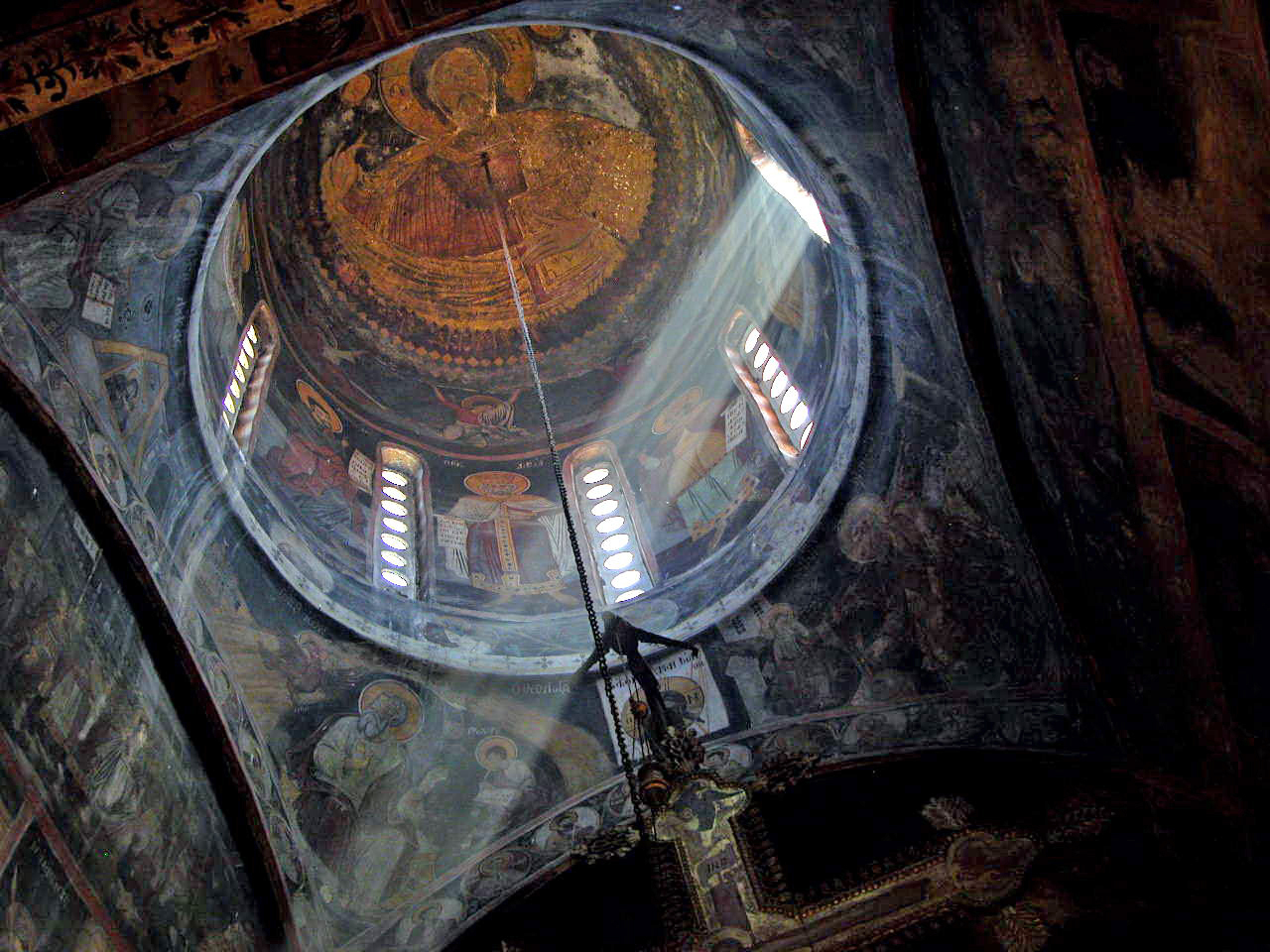 The Oldest Lake in Europe

Out of the 21 native fish existing in Lake Ohrid, one-third of them are endemic, similarly to 80% of the 72 mollusc species. Foreign species reached the waters either through water bird or the migrated like the European eel.

The wetlands and the reed beds of the lake’s shores provide critical habitats for hundreds of thousands of wintering water birds, including some rare species like the ferruginous duck, spotted eagle, Eastern Imperial Eagle and the Dalmatian Pelican.

One of the most important endemic species is the Ohrid trout, which has been a favored delicacy since Roman times. The bleak’s scales are used for making Ohrid pearl. In 1935 a breeding program was initiated to artificially spawn and hatch the native Ohrid trout, creating an abundance of the fish species.

The Galicica National Park, on the Macedonian side, has plenty of wild boars, bears and wolves.

Lake Ohrid is believed to be the oldest continuously existing lake in Europe, some three to five million years old. It is also on of the deepest lakes on the continent, with a maximum depth of 288 meters. As one of the most enticing destinations in the Balkans, Lake Ohrid offers a convenient blend of historic settlements, sandy beaches, and the serene stillness of the surrounding mountains.

Lake Ohrid’s most impressive feature is its endemism, often being referred to as the “museum of living species”. It is home to a large number of endemic plants and animals, such as 20 species of phytoplankton and sessile algae, 2 plant species, 5 zooplanktons, 8 types of oyprinid fish and 176 diverse bottom fauna compontents. 73.5% of the total gastropod fauna is endemic to the Lake Ohrid basin. 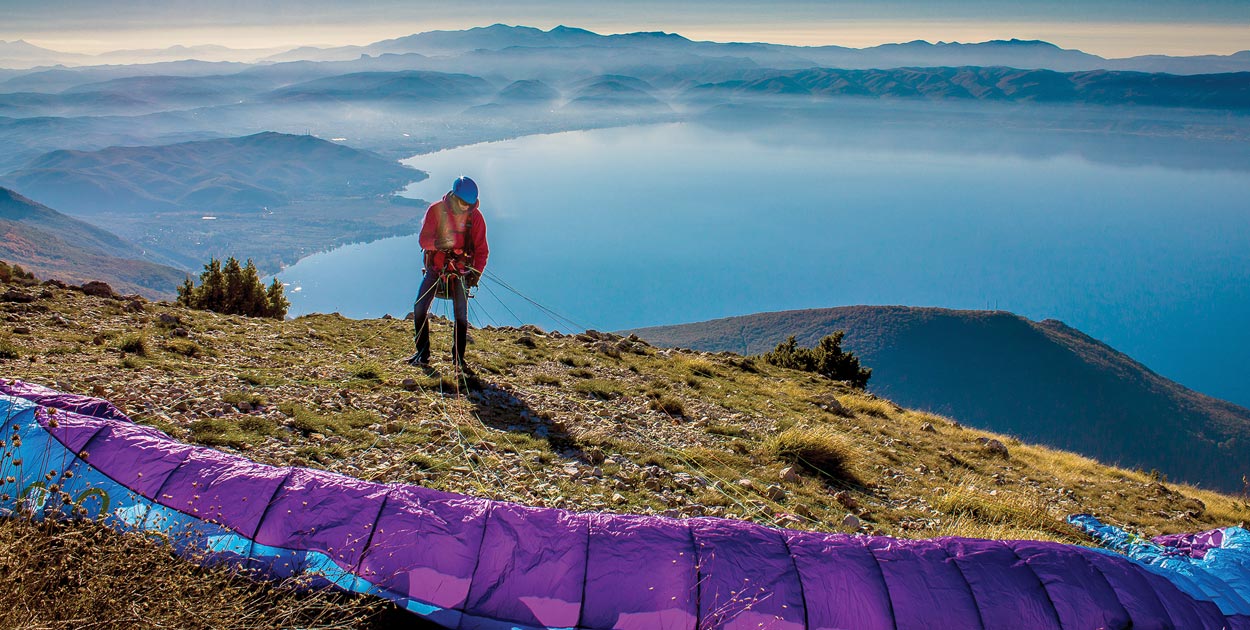 Book a course in Ohrid now!